Back to events
The Day of Culloden' poem, In Person, John Roy Stuart, Rising of 1745, Battle of Culloden

John Roy Stuart: The Bard of Culloden with Michael Nevin and Michael Fry 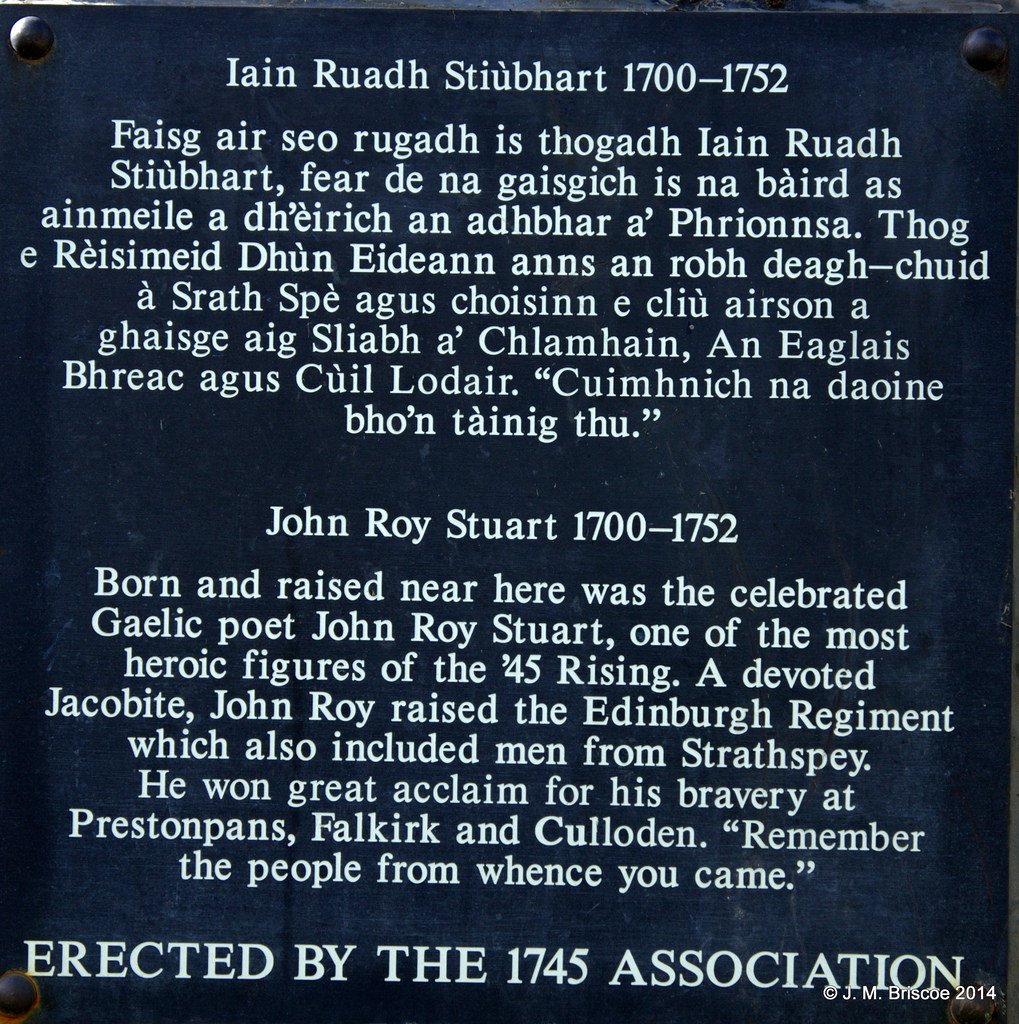 The weary traveller, driving up the A9 from Edinburgh bound for Inverness, might be tempted to take a brief detour along the B970 in search of rest and refreshment. About a mile from Boat of Garten, the traveller may come across a rather idiosyncratic structure – a cairn standing alone in the remote Highland countryside. Interest piqued, the traveller may briefly pause and, upon closer inspection, will find upon it a plaque engraved with the following inscription in Gaelic and English:

‘John Roy Stuart 1700-1752. Born and raised near here was the celebrated Gaelic poet John Roy Stuart, one of the most heroic figures of the ‘45 Rising. A devoted Jacobite, John Roy raised the Edinburgh Regiment which also included men from Strathspey. He won great acclaim for his bravery at Prestonpans, Falkirk and Culloden. Remember the people from whence you came. Erected by The 1745 Association.’

But who was John Roy Stuart? What is his poetic legacy? And what were his heroic deeds during the Rising of 1745? In short, why did The 1745 Association build this monument to his memory a quarter of a century ago? These are the questions that Michael Nevin, current Chair of The 1745 Association, shall endeavour to address in conversation with the distinguished historian and journalist Michael Fry, author of A Higher World: Scotland 1707-1815 and many other works, including a regular column on Scottish history every Monday in The National.

The event will be in English.